In so many ways, this was such a positive push for our country, but it’s still so disappointing.

So many people supported the Republican party, which has become the party of Trump. Even those who spoke so critically of Trump now fully support and vote in alignment with Trump. And for Republicans to come to fully support what Trump is, and then for so much of our country to continue to support that – that is what makes this still feel like a loss

President Trump is a sexual abuser. He has normalized lying. He is lying on average 10 times a day! That is absurd.

You may say “My local Republican elected officials don’t support Trump!” Well, unless they are speaking out against Trump, then they are part of the problem. Anyone who normalizes what our country is right now is part of the problem. And by continuing to support a party that no longer listens to it’s own constituents anymore, and blindly follows a leader who the rest of the world sees as a clown, you are hurting this country. 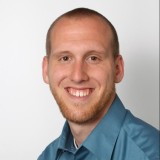 Nate a web developer at Eastern Illinois University and occasionally adjunct-faculty at EIU teaching some courses in the School of Business. He lives in Champaign, IL with his wife and dogs Indiana ("we named the dog Indiana...") and Bear.

Moby-Dick or, the Whale
by Herman Melville

The Will to Change: Men, Masculinity, and Love
by bell hooks

Think Again: The Power of Knowing What You Don't Know
by Adam M. Grant

The Silmarillion
by J.R.R. Tolkien

Thinking Like a Mountain: Towards a Council of All Beings
by John Seed